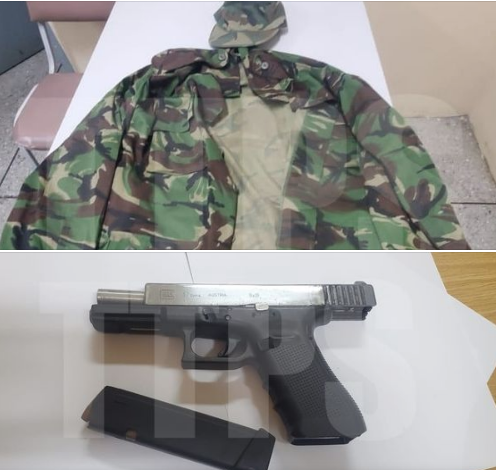 An anti-crime exercise conducted in Diego Martin today, resulted in the arrest of three persons and the seizure of a firearm and a quantity of ammunition.

During the exercise, conducted between 12 midnight and 2 am on Wednesday 24th March, 2021, a search warrant was executed at a house at Dillon Street, Diego Martin. Officers conducted a search at the premises, where they found one Glock 17 nine millimetre pistol with a magazine and a quantity of ammunition. Police seized the firearm and ammunition and a woman and two men were arrested.

Additionally, a search was also conducted at a bushy area along Dillon Street, where one camouflage jacket and one camouflage hat were found and seized.

The exercise was supervised by Snr Supt Kelvern Thompson, coordinated by Supt Henry and ASP Baird, and led by Insps Reyes and Grant, with the assistance of WPC Gittens and PC Burke.
PC Sookram is continuing enquiries.