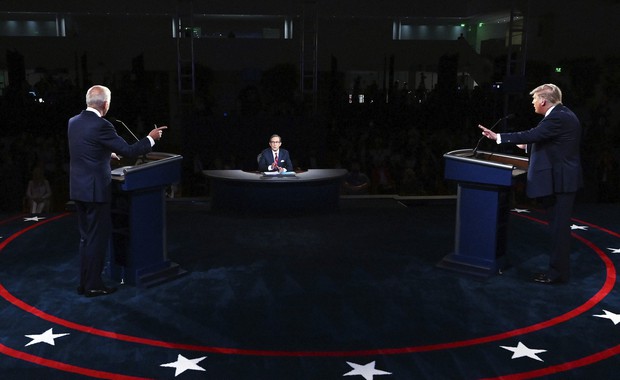 The second debate between presidential candidates Donald Trump and Joe Biden was annulled by the commission in charge of organizing these verbal duels, reported NBC News.

This meeting was to be held next Thursday in Miami, Florida, but since the Republican president tested positive for the Covid-19 coronavirus, it was decided that it would be virtual.

Trump rejected that the debate is carried out in this way and that is why the commission announced its cancellation today.

The candidates still have a next meeting scheduled to be held on October 22th in Nashville, Tennessee.

The president’s campaign requested that the debate that was going to be virtual be moved to October 29th but in person, however, Biden’s advisers rejected the activity a few days after the vote.

In addition, after Trump’s doctor assured that the president has terminated therapy because of contagion and could resume his public acts, those in charge of his campaign asked the commission that the second debate take place next week.

“Saturday is the 10th since his diagnosis on Thursday and based on the trajectory of advanced diagnoses that the team has carried out, I fully anticipate the safe return of the president to his public meetings that day,” said a statement from the White House doctor .

Given the aforementioned, the magnate’s campaign director, Bill Stepien, told the commission there was no medical reason why he would organize the debate virtually or modify it.

The commission did not accept the proposal and maintained the idea that it be virtual in order to protect the health of all those involved in the activity, in addition to the citizens who were going to ask questions of the candidates.

Biden’s campaign proposed to that body that the October 22th debate be held as a “public assembly” instead of using the characteristics of the first debate in which there were interruptions and sometimes lack of control.

This commission was founded after the 1984 presidential elections and has organized debates since 1988, selecting dates, moderators, formats and places without the intervention of the candidates.

As part of the electoral process, a debate was held this week between the vice presidential candidates, Republican Mike Pence and Democrat Kamala Harris.

Blanchisseuse residents worried by TTPS’ “repurposing” of the police station 0