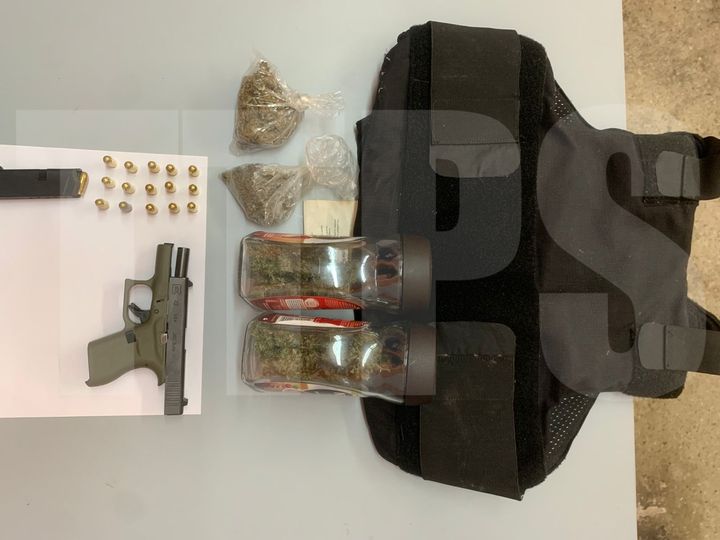 Police seized a bulletproof vest, a firearm, ammunition and a quantity of marijuana during an anti-crime exercise conducted in El Dorado on Saturday 16th October, 2021.

Around 12:15 am yesterday PC Ferguson along with officers of Morvant CID, NEDTF, NED Intel Unit and Canine unit executed a search warrant at house located at Persad Street, El Dorado. During the search the officers found one Glock pistol, with 21 rounds of .380 ammunition, a bulletproof vest and 89 grams of marijuana. The items were seized and a 23-year-old man was arrested and taken to the Morvant Police Station.