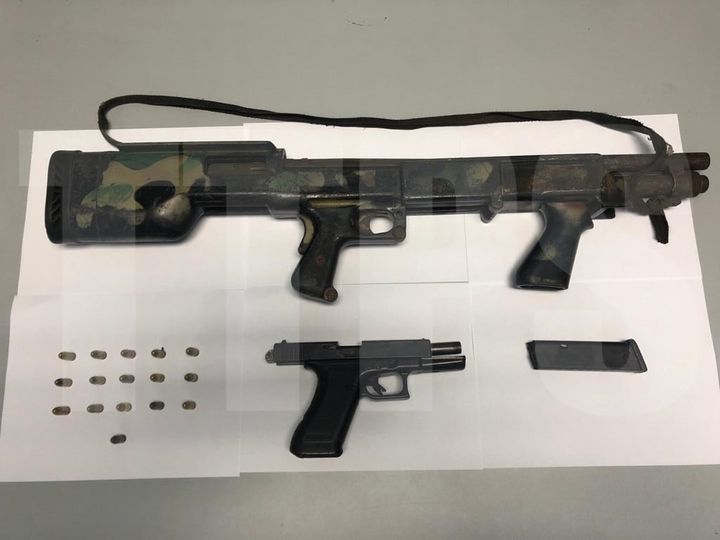 An anti-crime exercise conducted in the Morvant district led to the arrest of a 22-year-old man for being in possession of a firearm and ammunition this morning.

Acting on information received the party of officers proceeded to premises at Chaconia Avenue, Coconut Drive, Morvant, where upon arrival officers entered and conducted a search. The officers discovered one black Glock 17 pistol, with the serial number filed off, along with one magazine containing 26 rounds of nine-millimetre ammunition and one Mossberg shotgun. The items were seized and the suspect was arrested.