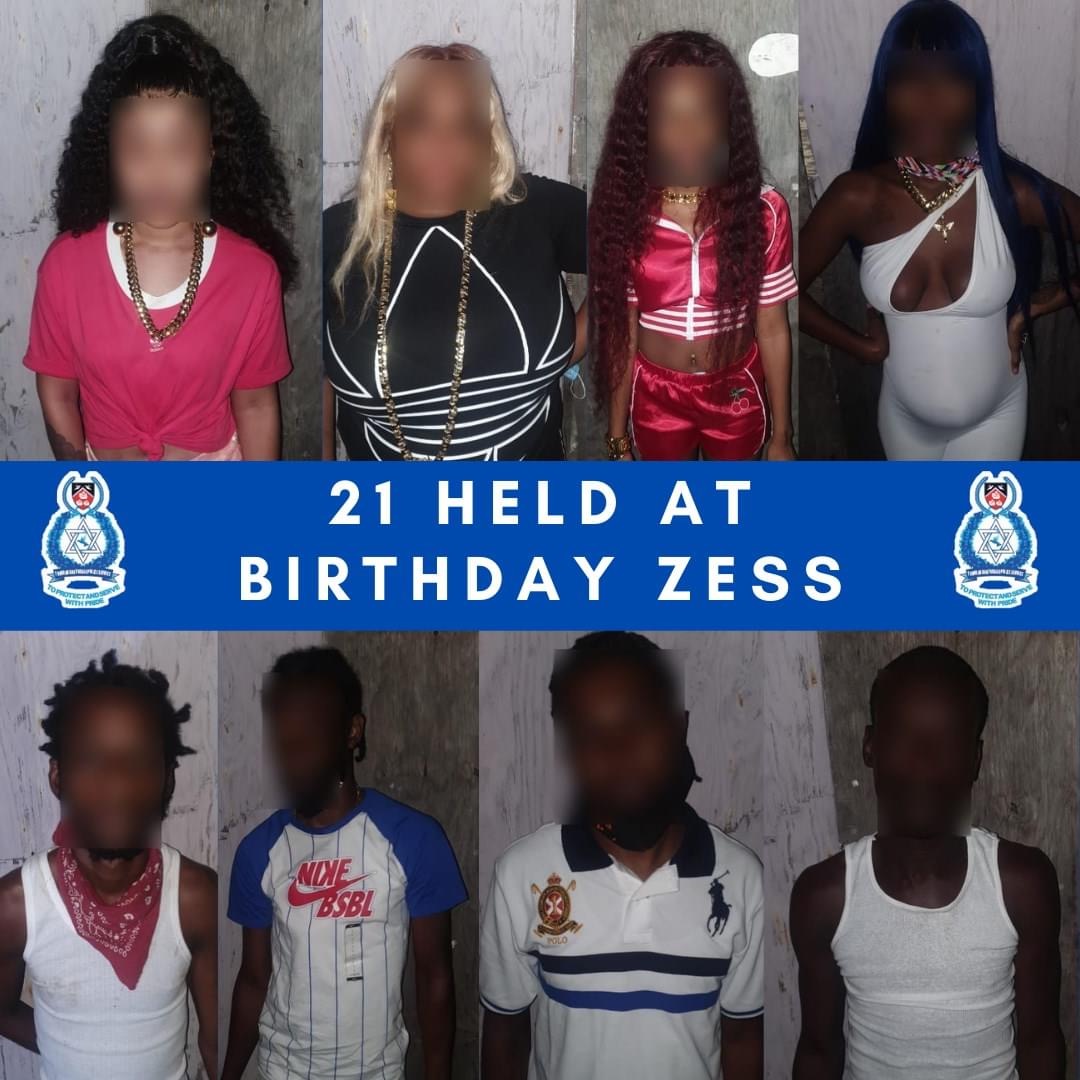 Twenty-one persons were arrested at a ‘Birthday Zess’ Party in Sea Lots early this morning.

They will be charged with Breach of the Curfew Regulations, gathering in numbers exceeding five persons, and failing to wear face masks, in contravention of the Public Health Regulations.

An intelligence-led operation targeting five priority offenders was conducted in the Port of Spain Division between the hours of 3 am and 8 am on Saturday 17th July 2021 by members of the Port of Spain Task Force, Port of Spain Gang Unit, Belmont Operations Unit, Special Branch and the K-9 unit.

This exercise was coordinated by ACP Yusuf Gaffar and Snr. Supt. Terrance Nobbee, spearheaded by W/Supt. Lancaster-Ellis and Supt. Kissoonlal, ASP Cumberbatch and Insp. Knott, and supervised by Sgt. Alexander, Cpl’s Huggins and Bristol, and other police officers.

Around 3:50 am, based upon intelligence gathered relative to a “Birthday Zess” party to be hosted at a secret location in Pioneer Drive, Sea Lots, by a known priority offender, officers went to a location at the said Pioneer Drive where they saw a crowd of approximately 25 gathered on the road way.

The crowd scattered upon seeing the marked police vehicles. A chase ensued and 21 persons were arrested a short distance away.
They were conveyed to the San Juan, Besson Street, Central Police, Woodbrook and Carenage Police Stations, for safe keeping to be charged for the offences of Breach of Covid-19 Regulations by gathering in numbers exceeding five persons, Breach of the Curfew Regulations and failing to wear face masks.

One of the persons arrested is the leader of a female gang in Maraval.

The arrested persons will be charged this weekend and will appear virtually at the Port-of-Spain Magistrates’ Court this week.

Police also executed warrants at five homes in the Sea Lots area for arms and ammunition, but nothing Illegal was found.