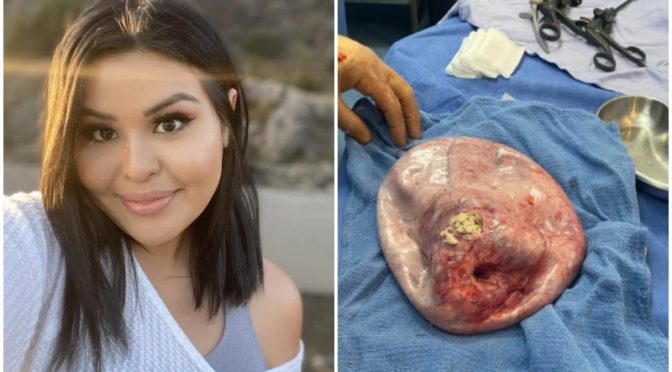 20lb tumor with teeth and hair found inside woman’s ovary

28 year old Jaimi Conwell tried a variety of diets and exercises throughout the years to lose weight but noticed that the opposite was happening.

Although she was working out twice a day and eating healthy, Conwell was unable to lose any weight and gained more.

Last March, Conwell visited her doctor after she experienced some symptoms and said it would make her nauseous to do simple tasks such as tying her shoes.

During an exam, the doctor explained that Conwell’s white blood cell count was abnormal and placed her under anesthesia.

The doctor came in and told her that she had a massive tumor in her abdomen that had engulfed her right ovary.

He asked if they could remove it and her mum agreed, so she had the tumor along with her right ovary removed. 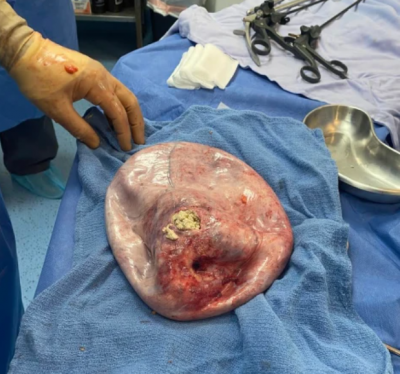 Conwell was diagnosed with a teratoma tumor, a tumor that grows slowly and increased in size throughout her lifetime.

Calls for second autopsy on Andrea; Inshan Ishamel and Jenny Sharma pledge to help with cost 0