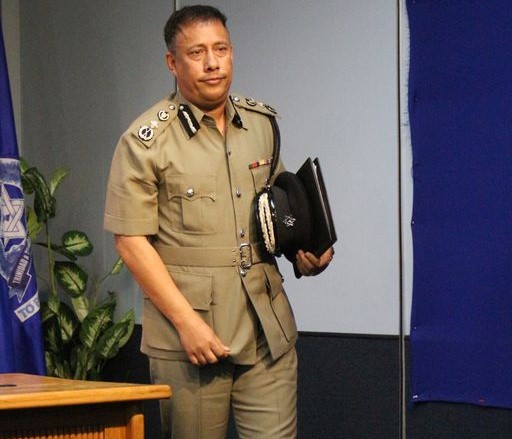 Power 102 Digital takes a look at the year that was 2021…From Trinidad and Tobago’s response to the covid 19 pandemic, the collapse and reconstitution of the Police Service Commission and the end of Gary Griffith’s tenure as COP…

2021 saw the end of Gary Griffith’s tenure as Commissioner of Police, having head the Trinidad and Tobago Police Service since August 18, 2018.

And like much like many of his decisions taken over the past three years, received criticism, his departure from office was met with controversy.

The Police Service Commission, served Mr Griffith with a notice of suspension, with immediate effect until further notice via e-mail hours after Minister of National Security Fitzgerald Hinds said he had turned down a request for the Acting Commissioner of Police to resume duty a week before the expiration of his vacation leave.

Mr Griffith challenged the decision of the Police Service Commission to suspend him saying it was on the basis that such a move was “illegal, irrational and in breach of the rules of natural justice. The matter was taken before the High Court.

Taking a look back at the events which led to his departure, Power 102 Digital spoke with former Director of the National Operations Centre, Garvin Heerah.

As it relates the the integrity of the Office of the Commissioner of Police as well as the independence of the Police Service Commission, Mr Heerah does not believe that the events have tainted these offices.

Attorney Martin George, sharing his position on the matter said no reprehensible damage was done.

Asked whether it was in this country’s best interest that Gary Griffith be reinstated as Commissioner of Police, Mr George said this decision lies solely on the Government.

SRP’s car shot at in Enterprise 0

Persad-Bissessar: No need for parliamentary intervention in THA impasse 0