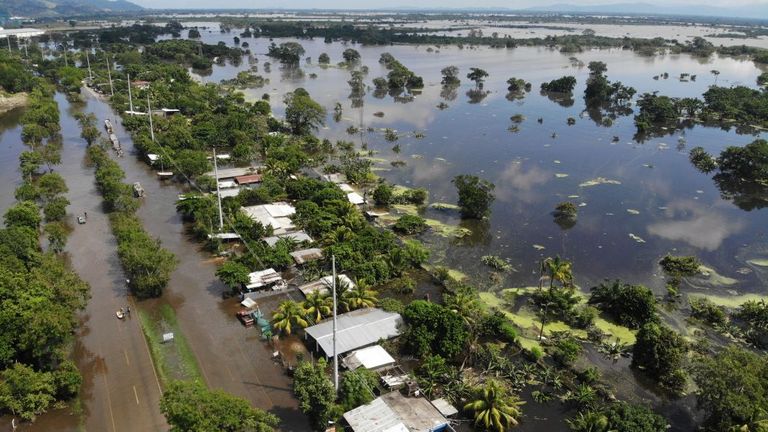 What seemed unthinkable happened. The 2020 hurricane season in the North Atlantic managed to break the 2005 record with the highest number of named tropical cyclones in a single season.

With the formation of Cyclone Theta, the North Atlantic reached its 29th named storm of the year, surpassing the record hitherto record of the hyperactive year 2005, which had historic and deadly hurricanes like Katrina and Wilma. The historical average is twelve named tropical cyclones per year.

The hurricane season regularly starts on June 1st and ends on November 30th, but even before its official start, it already had two named storms in 2020 with Arthur on May 16th and Bertha on May 27th. It was the sixth year in a row that the list of names to identify tropical or subtropical cyclones in the North Atlantic began to be used even before the season began.

This helps to explain that the list of names ran out in 2020, which only happened before in 2005. With that, for the second time in history, the United States National Hurricane Center was forced to use the Greek alphabet to identify the acting systems.

In 2020, the United States was particularly hard hit. No less than twelve named cyclones hit the continental area of ​​North American territory, above the seven in the historic season and until then the record of 2005 and surpassing the record of nine in the year 1916. Bertha storms reached the continental part of the United States, Cristóbal, Fay, Hanna, Isaias, Laura, Marco, Sally, Beta, Delta, Zeta and Eta. Six of these storms arrived in hurricane status, tying with the records of 1886 and 1985. The US state of Louisiana was hit by five tropical cyclones, an unprecedented event.

Another remarkable fact this year is that for the second time in history, five or more tropical cyclones acted simultaneously in the Atlantic: Paulette, René, Sally, Teddy and Vicky. The satellite image of that day’s hemisphere was one of the most shared in 2020 by meteorologists from around the world.