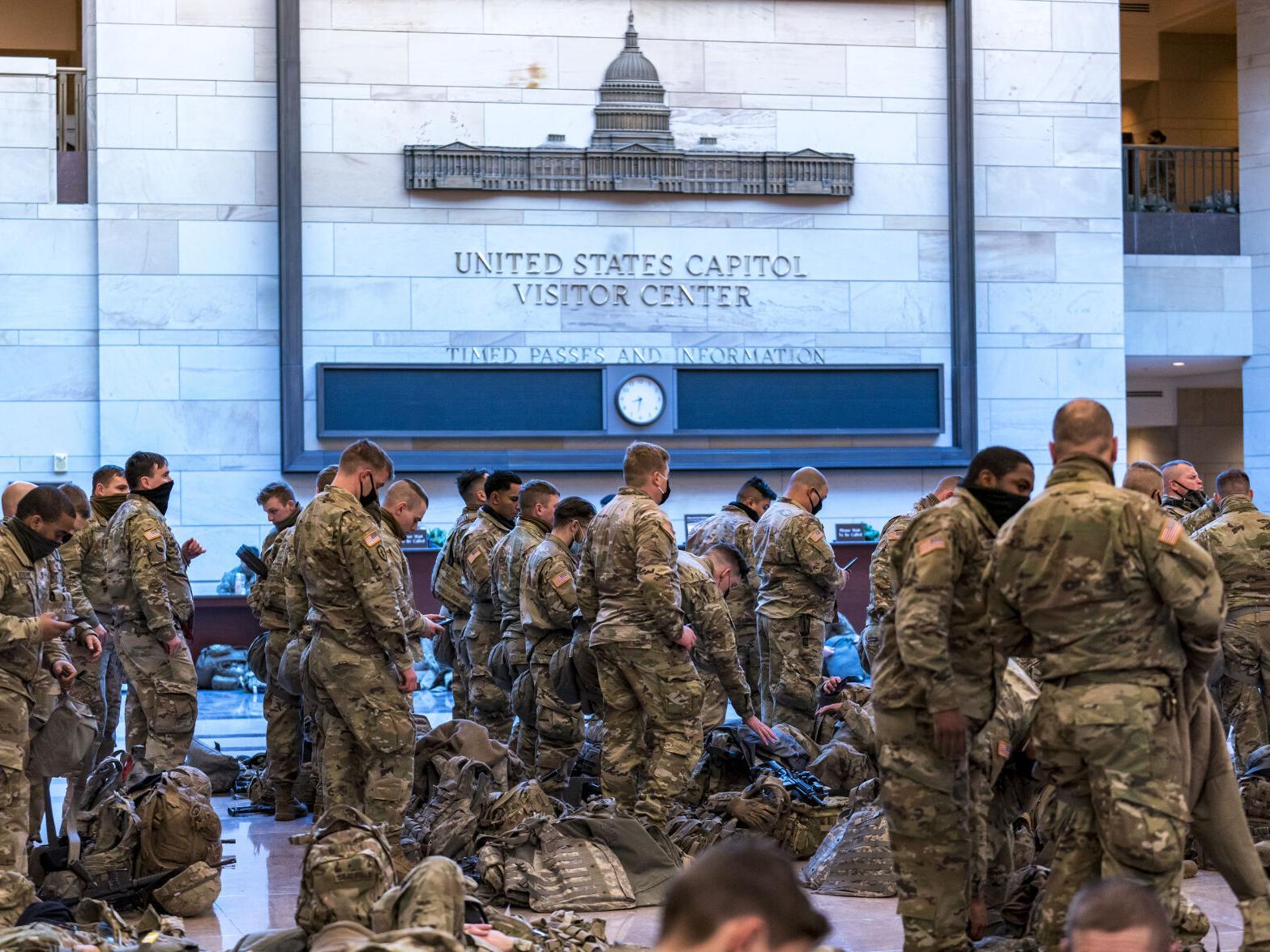 The National Guard is preparing to deploy at least 20,000 troops in Washington for the January 20 swearing-in of Mr Biden as president.

Compared to 8,000 National Guard troops that were on hand for Mr Trump’s 2016 inauguration, Reuters reported at the time.

Joe Biden’s Inauguration has been designated as a “special security event” adding that the final numbers of troops would come from the Secret Service, leaving open the possibility the numbers could fluctuate.

The exact number to be deployed is still being worked out by the Secret Service, the lead agency on inauguration security, and others, a U.S. official told NPR’s Pentagon reporter Tom Bowman. The official, who requested anonymity because they were not authorized to speak to reporters, said the number of National Guard members to be deployed is up to 20,000.

The troops will be coming from nearly all states, Bowman reported, adding that only those who are either military police or have law enforcement experience will be armed.

Others will have access to their weapons, but not carry them and it remains unclear where the troops will deploy at the Capitol, according to the U.S. official.

“In light of reports of more demonstrations, I urge that there must be NO violence, NO lawbreaking and NO vandalism of any kind,” Trump said in a White House statement.. “That is not what I stand for, and it is not what America stands for. I call on ALL Americans to help ease tensions and calm tempers. Thank You.”

Home-sharing giant Airbnb and subsidiary HotelTonight were cancelling all reservations in Greater Washington during the inauguration week. And roads near the Capitol have been closed.

The National Park Service has closed the Washington Monument to tours and Mayor Muriel Bowser has asked visitors to stay away.

Acting US Attorney-General Jeffrey Rosen warned against further attacks in a video released overnight and urged the public to come forward with tips about potential threats before the inauguration, including “attempts to forcefully occupy government buildings”.

Roxborough man charged for throwing stone at a TTPost building 0