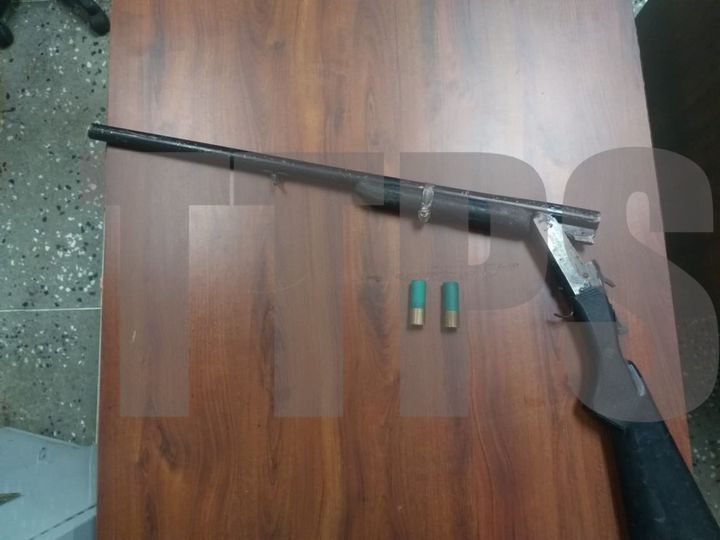 Two Venezuelans were arrested and a shotgun with two rounds of 12- gauge cartridges seized at Chin Chin, Cunupia, on Saturday 26th December, 2020.

Around 9pm, officers of the Cunupia Criminal Investigations Department, whilst on exercise duty along David Toby Road, Chin Chin, Cunupia, stopped a white Nissan B-12. A search was conducted and officers allegedly found one shot gun in the back seat of the car along with two rounds of 12-gauge cartridges.

The items were secured and taken to the station with the suspects.
Investigations are ongoing.