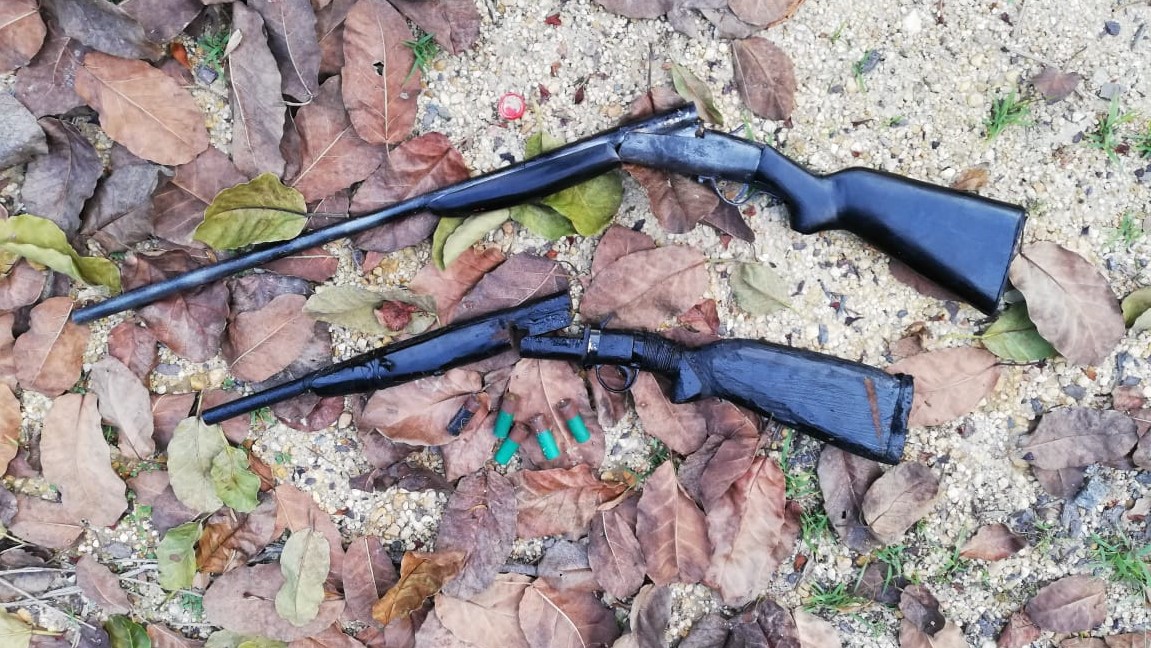 Eastern Division Police are asking anyone who has information about the owner of two shotguns found along Tractor Road, Toco Main Road, yesterday, to contact them immediately.

The two shotguns were discovered during an operation supervised Cpl Ramnarine of the Eastern Division Special Operation Unit (EDSOU) on December 29th.

Responding to information received about illegal firearms being hidden in an area off the Tractor Road, police officers arrived and conducted a search of the area.

During the search, the officers discovered two guns, one sawed off shotgun and another shotgun with five rounds of 12-gauge ammunition. The firearms and ammunition were seized as PC Cielto continues enquiries.

If you have any information on the finds, please contact the police at 668-2444, 999, 555, or report anonymously via CRIME STOPPERS at 800-TIPS or the TTPS App or report online via the TTPS’ Website.