2 non-nationals held with ammunition in Freeport

Two men of Spanish descent are expected to be charged with possession of ammunition after being held in a crime suppression exercise in St. Mary’s, Freeport, yesterday.

The suspects, ages 40 and 41, were arrested by officers of the Freeport Police Station who spotted the two acting suspiciously along Southern Main Road, St. Mary’s, Freeport.

Police stopped the men and searched them. One of the men was allegedly found with three rounds of ammunition while the other had two rounds.

A search warrant was then secured and police swooped down on the men’s apartment also situated along Southern Main Road, St. Mary’s, Freeport. 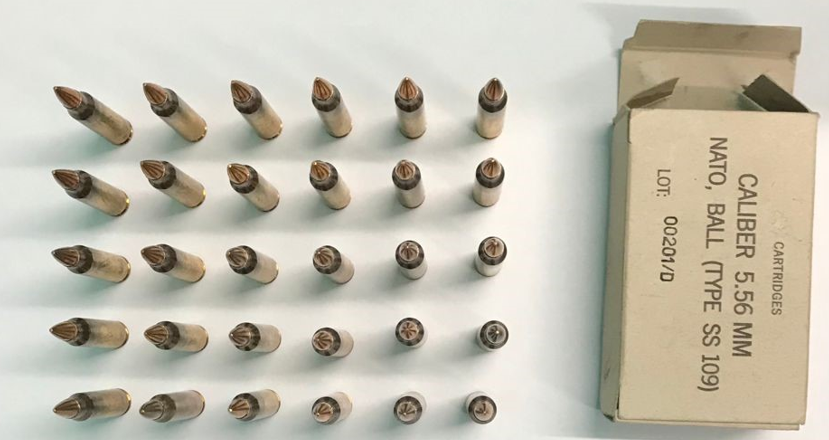 Police allegedly discovered an additional 25 rounds of 5.56 ammunition.
Two men, who were in the apartment at the time, were immediately arrested.

They are currently being interrogated by detectives and are expected to be charged by PC Dickson later today.