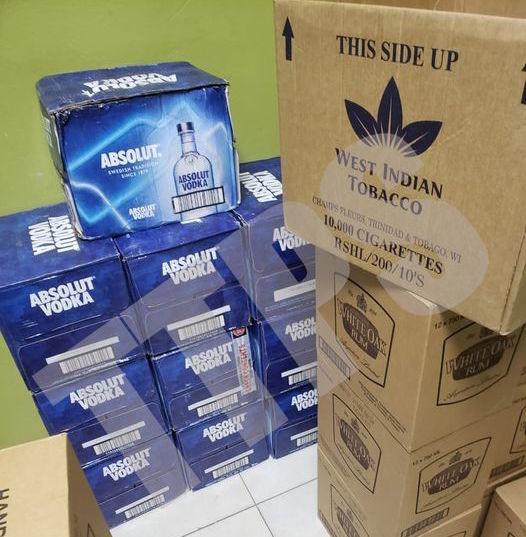 2 men detained and a quantity of alcohol seized

Two men, both from Cunupia, were detained by officers in Valencia yesterday after they could not produce a removal permit for a quantity of alcohol allegedly found in their vehicle.

Around 5:10 pm, based on information received, officers proceeded to Eastern Main Road, Valencia, where they observed a grey AD wagon parked in front of a supermarket.

The items were seized and the men were detained and taken to the Valencia Police Post when it was discovered that they did not have a removal permit for the items.

The Customs and Excise Division was contacted and shortly thereafter Customs officers arrived and conducted interviews with the men. The suspects, along with the seized items were subsequently handed over to the Customs officers to assist with ongoing investigations.