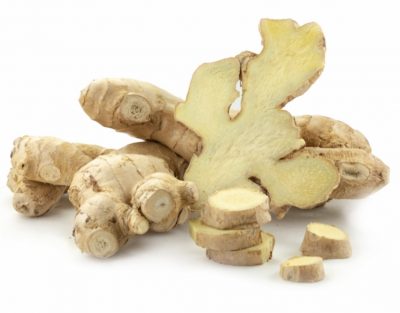 Ginger has been used as both food and medicine for thousands of years.

Native to southeastern Asia, ginger has been a common ingredient in these parts of the world and has long been prized for its aromatic, culinary and medicinal properties.

This underground stem, which is used as both a spice and herb, is packed with active ingredients that play a variety of roles in your body and is still a popular remedy for motion and morning sickness.However, current research offers new hope for cancer patients.

Ginger has helped many a cancer patient fend off nausea and inflammation during treatment. Now it appears it can do even more.

In a Georga State University study on the effects of ginger extract on living cells, researchers found that ginger extract induced growth-inhibition and death on cancerous cells, while leaving the healthy cells alone.

Ginger was found found to have virtually no side effects, which separates it from modern-day chemotherapy. Some forms of chemotherapy have actually been found to increase the rate of metastasis, causing cancer to appear in other organs that were unrelated to the organ being treated.

At George State, the researchers found that ginger extract shrunk prostate tumors in mice by 56%, while reducing inflammation and providing anti-oxidants.

This study comes in addition to 17 other studies linking ginger to anti-cancer benefits. The plant has also been subjected to peer-reviewed studies that link it to healing when dealing with over 101 other diseases.

You can enjoy the benefits of ginger in various way, teas, extracts, supplements, and you can eat raw ginger to benefit quickly from its healing powers.

Always check with your medical health care professional for guidance on ailments.