The joint exercise was conducted by officers of the Port of Spain City Police, the Northern Division of the Municipal Police, Traffic Warden Division and the Trinidad and Tobago Police Service (TTPS) in the Port of Spain District yesterday, Thursday 25th February, 2021.

The exercise, began at 2am, where a party of officers from the City Police Task Force and Arima Task Force, were assisted by members
of the Canine Unit, Port of Spain Task Force and Inter Agency Task Force.

A series of raids and searches were conducted, where a quantity of cash of over $30,000 was found. One man was detained
and Ag Sgt Greene, along with the Finance Investigations Branch (FIB) are continuing enquiries.

Officers of the City Police Task Force and Arima Task Force, based on information, then proceeded to St. Ann’s, where an open field
with 80 marijuana trees and 25 marijuana seedlings were discovered and seized, amounting to a street value of $80,000.

A roadblock exercise started at 10 am, where a total of 109 tickets were issued for various traffic offences, 159 stop and search forms
were completed, five cars impounded, and three persons held on outstanding warrants.

Meanwhile a booth was created on the Brian Lara Promenade where officers engaged with members of the public, where they shared information about the various units and the support systems which are available.

The community engagement initiative of the exercise was supervised by ASP Clarke of the Gender Based Violence Unit and
Cpl Skeete of the Port of Spain City Police. Members of the GBVU, Victims and Witness Support Unit, Child Protection Unit and the
City Police Welfare Unit, conducted a community outreach exercise which highlighted the ‘softer’ side of policing. 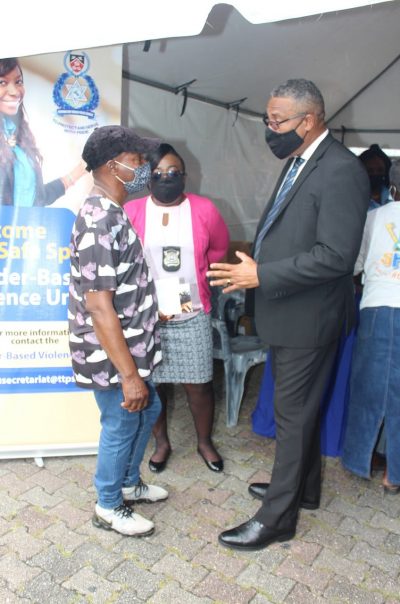 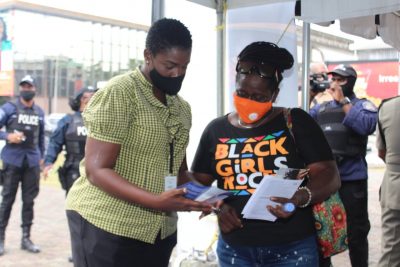 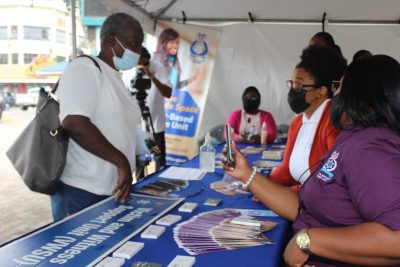