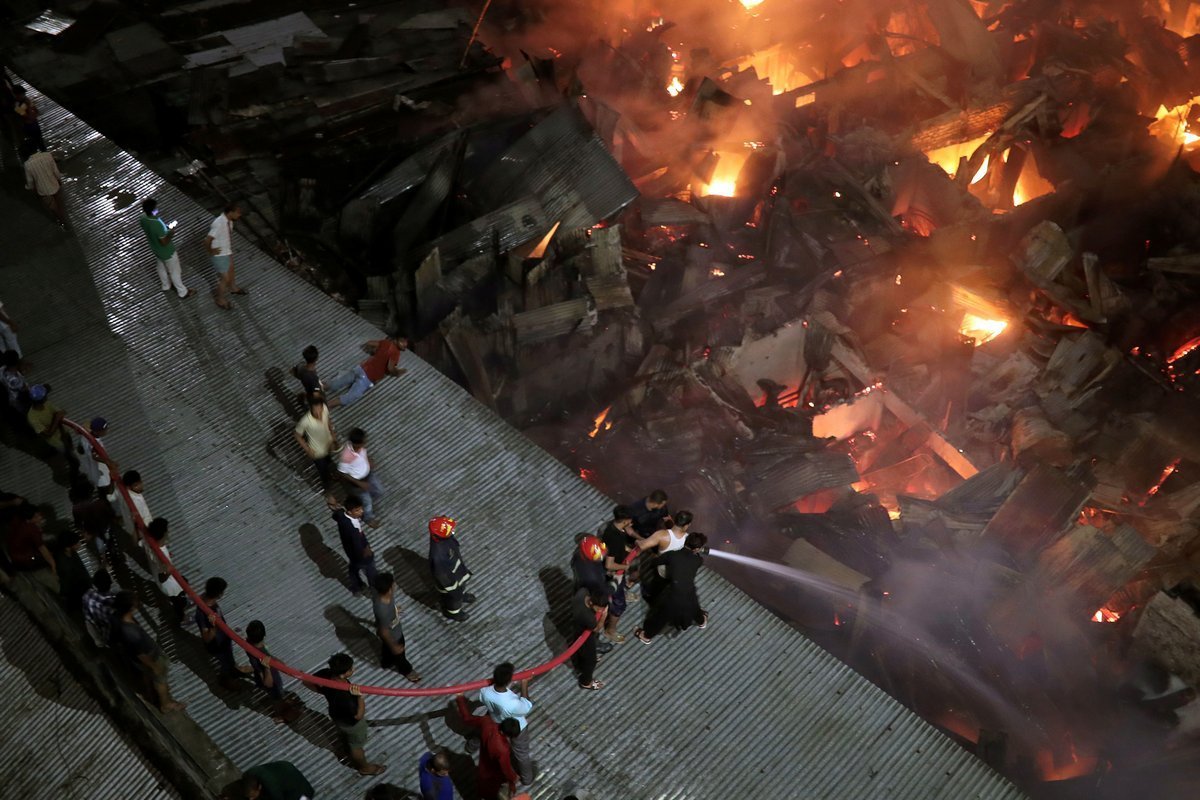 At least 15,000 homes were burnt to ashes after a Bangladeshi neighborhood in the capital of Dhaka caught fire late Friday night.

The plastic roofs became kindling for the flames and enabled the spread of destruction throughout the low-income community of Chalantika.

No deaths have been reported so far, however several people have been injured. The majority of residents were luckily out of the area at the time of the fire as part of the Eid al-Adha, a Muslim festival.

Make-shift shelters have been constructed, government officials said, adding that relief will be provided to the estimated 50,000 displaced people.

Authorities are still unsure what caused the fire that raged until Saturday morning.

Earlier this year, 110 people in Dhaka and nine others in the Chittagong coastal community died in fires which overtook their towns.

Dhaka’s worst fire since 2012 spread to others nearby in the Chawkbazar precinct, parts of which date back more than 300 years.

The following year, a fire in a garment factory on the outskirts of Dhaka killed as many as 1,134 people, mainly the poor women who worked there, and injured more than 2,500 in the country’s worst industrial blaze in what is now infamously known as the ‘Rana Plaza Disaster’.