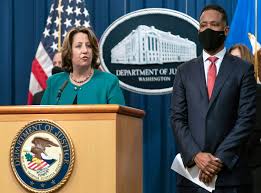 Law enforcement officers in the United States and Europe were able to detain 150 people and recover more than $31 million.

This due to an international drug trafficking investigation stemming from darknet sales.

According to the reports, the arrests stem from a ten-month investigation between federal law enforcement agents in the United States and Europol, Europe.

Investigators have allegedly recovered over $31 million dollars in cash, virtual currency, and at least 45 guns.

The darknet is a portion of the internet that is accessible only through specialized anonymity-providing technologies, most notably the Tor Browser which is hosted within an encrypted network.

Prosecutors claim that the charges are to blame for tens of thousands of illicit sales across the United States, the United Kingdom, Australia, Bulgaria, France, Germany, Italy, the Netherlands, and Switzerland.