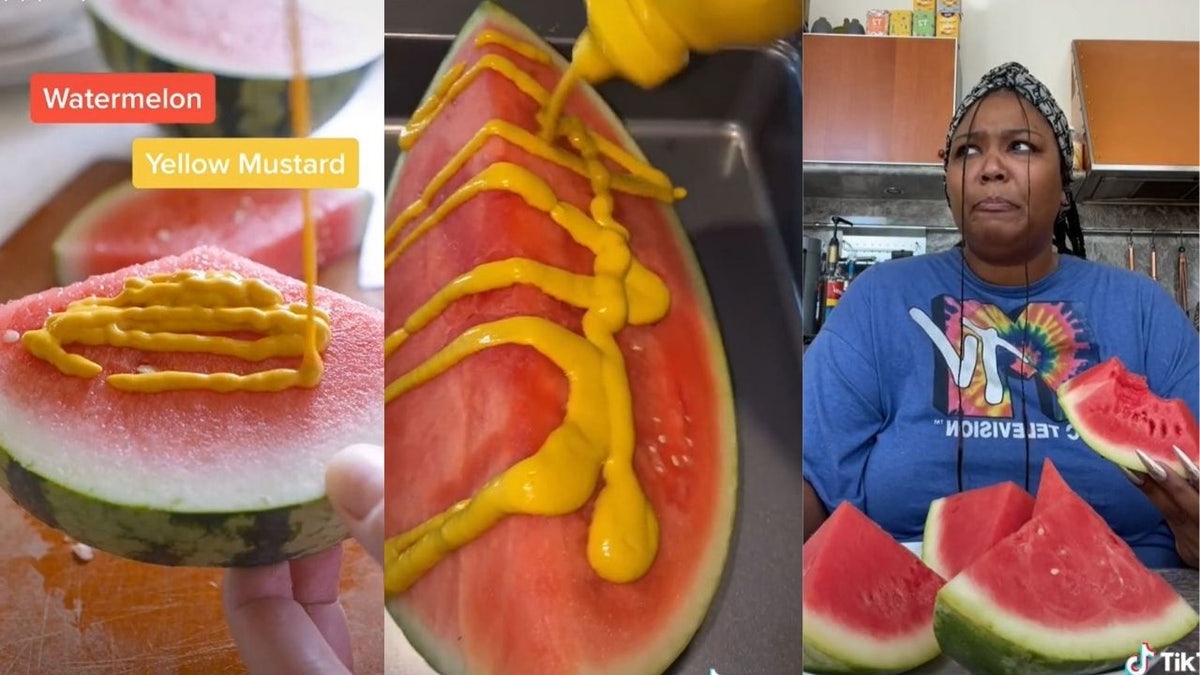 TikTok Is Making Watermelon Covered In Mustard A Thing

When it comes to introducing the world to the next big food novelties, TikTok never fails to deliver. The social media app helped bring attention to overnight sensations like mini pancake cereal, baked feta pasta, the White Claw slushie, and much more. Sometimes these inventions don’t always hit their mark.

The latest viral sensation has once again emerged from this bed of cooking ingenuity and it has severely divided the internet.

TikTokker @yayayayummy posted a video where they poured French’s mustard over a slice of watermelon, claiming the tanginess of the mustard perfectly complements the sweetness of the watermelon. The stark flavour differences intrigued everyone and caused followers to try out the flavour combo.

Some absolutely hated pouring French’s mustard all over their watermelon, claiming “I tried it, don’t, I personally find it revolting,” and “Bro I trusted u and it didn’t go well.” While the comment section of this viral video mostly questioned the flavour combo, it inspired another TikTok user to try out the flavour mash-up.

If you do decide to give this mustard-watermelon hack a go, just brace yourself for a truly unexpected flavour combo. The taste profile’s heavy amount of vinegar tastes like a shortcut to an herb-filled watermelon melange, perfect for hot weather.

This intriguing taste combination and original video inspired singer and TikTok user @lizzo to give the hack a shot, and thanks to her influence, the ingredient combo got a warmer reaction from fans.

Followers chimed in, claiming “I got up and tried it because of this,” “So it’s bussin’,” and “I just ran to my fridge and it’s sooooooo good!”

If this unique mix of flavours has you intrigued, make sure to grab your French’s mustard and watermelon and give this hack a shot. With a bit of luck, you might just discover the ultimate flavour marriage you have searched high and low for.

IzzSo readers, see where you fall on the debate and potentially discover the next big TikTok trend before it becomes a summer mainstay.

2 charged for possession of drugs and ammo 0