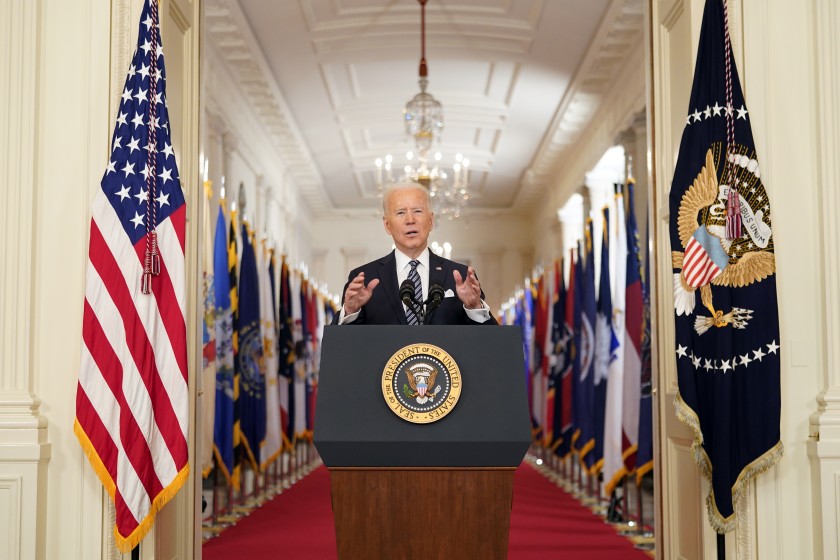 On Wednesday, Biden ordered U.S. intelligence officials to strengthen their efforts to investigate where the virus originated, including any possibility that COVID-19 may have been manufactured inside a Chinese laboratory.

The Biden administration is joining worldwide scrutiny of China for their lack of transparency surrounding the outbreak. The GOP has complained that Biden has not pushed China hard enough on the matter.

The president is requesting that U.S. intelligence agencies provide their findings within 90 days. Biden has asked U.S. national laboratories to assist with the investigation and the intelligence community to give a list of specific questions for the Chinese government. He is also asking for China’s full cooperation with the international probes.

Many Republicans, including former President Donald Trump, have pushed the theory that the coronavirus was created by a laboratory accident as opposed to human contact with an infected animal in Wuhan, China.

In a statement, Biden said that most of the intelligence community had landed on two scenarios about how the virus originated but “do not believe there is sufficient information to assess one to be more likely than the other.” He confirmed that two agencies believe the animal link theory, while one is convinced that a lab event is the true source.

However, Chinese officials accused the U.S. of politicizing the pandemic and said that international experts had “repeatedly praised China’s open and transparent attitude” to Covid-19’s origins.

He added that a World Health Organization probe had already ruled out the probability of a lab leak.

China’s ruling Communist Party has been criticized by some world leaders and scientists for not raising the international alarm quickly enough over the coronavirus outbreak and for reprimanding Wuhan doctors who did so, among them Dr. Li Wenliang, an ophthalmologist who later died of the virus.

“The world is familiar with the dark past of the U.S. intelligence agencies,” he said, listing U.S. involvement in wars in Iraq and Syria.