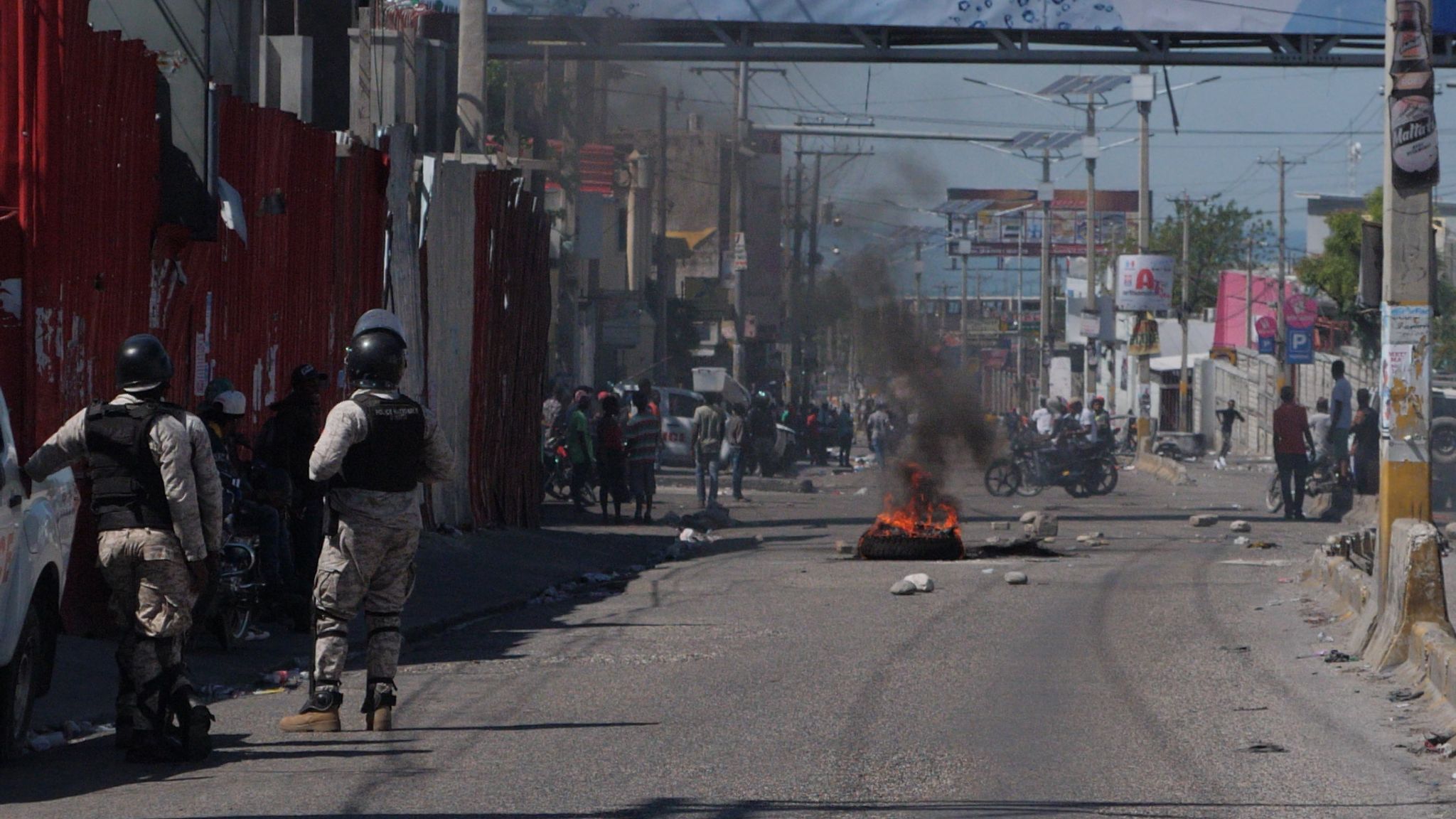 Haiti, a country already crippled with ​​economic disaster, now finds itself in the midst of a constitutional crisis with violent clashes between anti-government protesters and the police daily.

The president says he has one year left in office, with an interim government ruling the country for a year after he was elected.

The opposition, which itself is a disorganized group of former presidential candidates, is calling on the people to take to the streets to force the president’s impeachment.

However, recently, strong street police tactics and gang-led intimidation effectively halted the protest marches before they could even form.

For three days, we have been in the streets of the capital, Port-au-Prince, while communities have tried to demonstrate.

Haiti has a reputation for being violently confronted and it is easy to see why.

Clouds of tear gas filled the streets of the capital along with rocks everywhere, there are makeshift barricades, burning tires, cars and garbage.

Police fired live ammunition indiscriminately at anyone who moved.

Through the gas, protesters fled into the streets, young and old alike clenching their eyes as the stinging gas enveloped them.

At a major intersection, where protest marches usually form, they tried to set fire to and build barricades, but the security forces did not have any.

Riot police in 4 × 4 howled down the road, firing bursts of gasoline and shotgun bullets before dismounting and targeting protesters who fled in all directions.

The plan was to disrupt and deny the walkers, and it worked. But how long the police can hold it down largely depends on the will of the people, and those we met seemed determined.

When traveling to Port-au-Prince, it is not difficult to understand why people are unhappy. The city is a hell of poverty. We passed rows of dirty tent structures on a gray-black wasteland. It looked absolutely horrible. We were amazed to find that it was in fact a large functional market.

Sixty percent of the population lives in abject poverty, the streets look more like a battle-torn city than a functioning community, and buildings everywhere are destroyed or in ruins.

The gangs seem to operate with impunity. The opposition and its supporters criticize the president for authorizing or aiding and encouraging gang operations for political ends.

The leaders spoke of several gangs, with names like “The Spitfire”, that carry out thefts and what they described as massacres and kidnappings.

They uniformly blame the president. When I asked what they would do if he refused to step aside, I was greeted with a roar of anger from everyone around us.

“His term is over, he must go,” Alexander Mark André told me, accompanied by cheers from the crowd.

As protests escalate, violence continues, it’s hard not to recognize what many have predicted and what the United Nations warns: that this small nation is slipping into absolute anarchy .

Naomi Osaka to donate her next competition earnings to Haiti 0