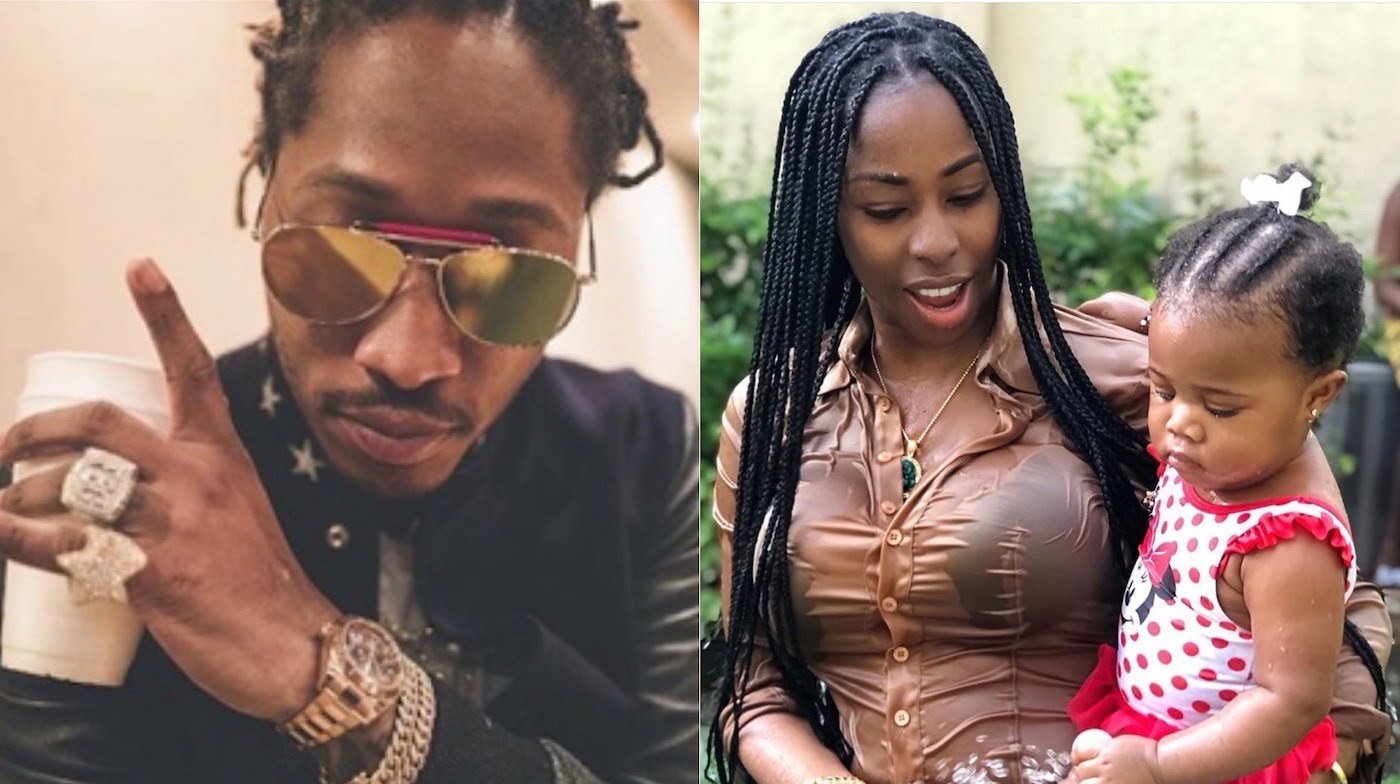 American Rapper Future is seeking to block his baby mama from accessing his financial records as she fights for more child support funds, in their never-ending court battle.

According to the US court records obtained by The Blast, Eliza is currently trying to get her hands on the rapper’s bank statements, tax documents, and other child support orders. She wants to see the information to make her case for an increased amount in monthly child support. Eliza originally requested $53,000 a month in support based on his reported income. Future scoffed at the number saying he would pay her $1,000. Eliza rejected his proposal.

A Florida judge recommended Future pay $3,200 a month in support. Eliza believes the number reached is based on inaccurate financial information from Future. She believes he is much wealthier than he is claiming.

Eliza wants Future’s financial information to try and build her argument for higher child support. Based on court records, she fired off a bunch of subponeas to Future’s bank accounts at SunTrust. Future is objecting to the subpoenas issued by Eliza’s team and wants her to stop trying to get her hands on his information.

Eliza is starting 2021 with another set of subponeas. On January 4th, Eliza informed the court she will be issuing a subpoena to Wells Fargo Bank, where she apparently believes Future holds a bank account.

In 2018, Eliza sued Future for paternity, child support, and custody. She accused him of being the father to her 1-year-old daughter, Reign. After being served with the legal paperwork, Future decided to go on a public campaign against Eliza.

In the press, Future accused her of being a golddigger who was plotting to get pregnant by a rich man. The rapper even filed a federal lawsuit accusing Eliza of defamation. He claimed his reputation was being ruined by her running around talking about him.

He deliberated for several months before finally submitting to a DNA test. The results showed he was indeed the father of the baby girl. After the results came back he dropped the federal lawsuit.

Disaster Relief Initiative for members of the TTPS 0