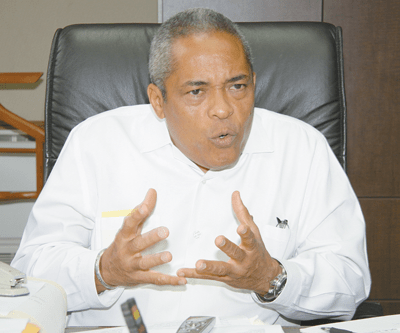 He said until we take a different approach to dealing with crime, then it will always be a challenge.

Interim Political Leader of the Progressive Party, Nikoli Edwards agreed stating that it is time that Government considers what he calls a “softer approach” to deal with crime. He said strong force by police officers have not been working.

Instead, Government should focus on institutionalized methods to deal with crime, as most of the offences committed include gang warfare and domestic violence.

Kirk Waithe, Founder of Fixin’ T&T agreed with Edwards stating that a softer approach is needed, stating that prevention is the best way to deal with crime. One such solution could be managing the roads since the roads are used to transport and aid illicit activities such as transporting illegal guns and drugs, kidnapping, and even used by drunk drivers.

He identified a three-point plan that can help prevent crime:

David Abdullah, Political Leader of the Movement for Social Justice, said the Government is not dealing with crime in a level handed way. He mentioned cases where prisoners have been on remand for years awaiting their cases to call before the court.

He said that we’re experiencing a failed criminal justice system that is broken, unfair and discriminates against certain sections of society. He agreed that white collar crime such as money laundering and drug trade makes up 25-30% of the economy and that needs to be addressed.