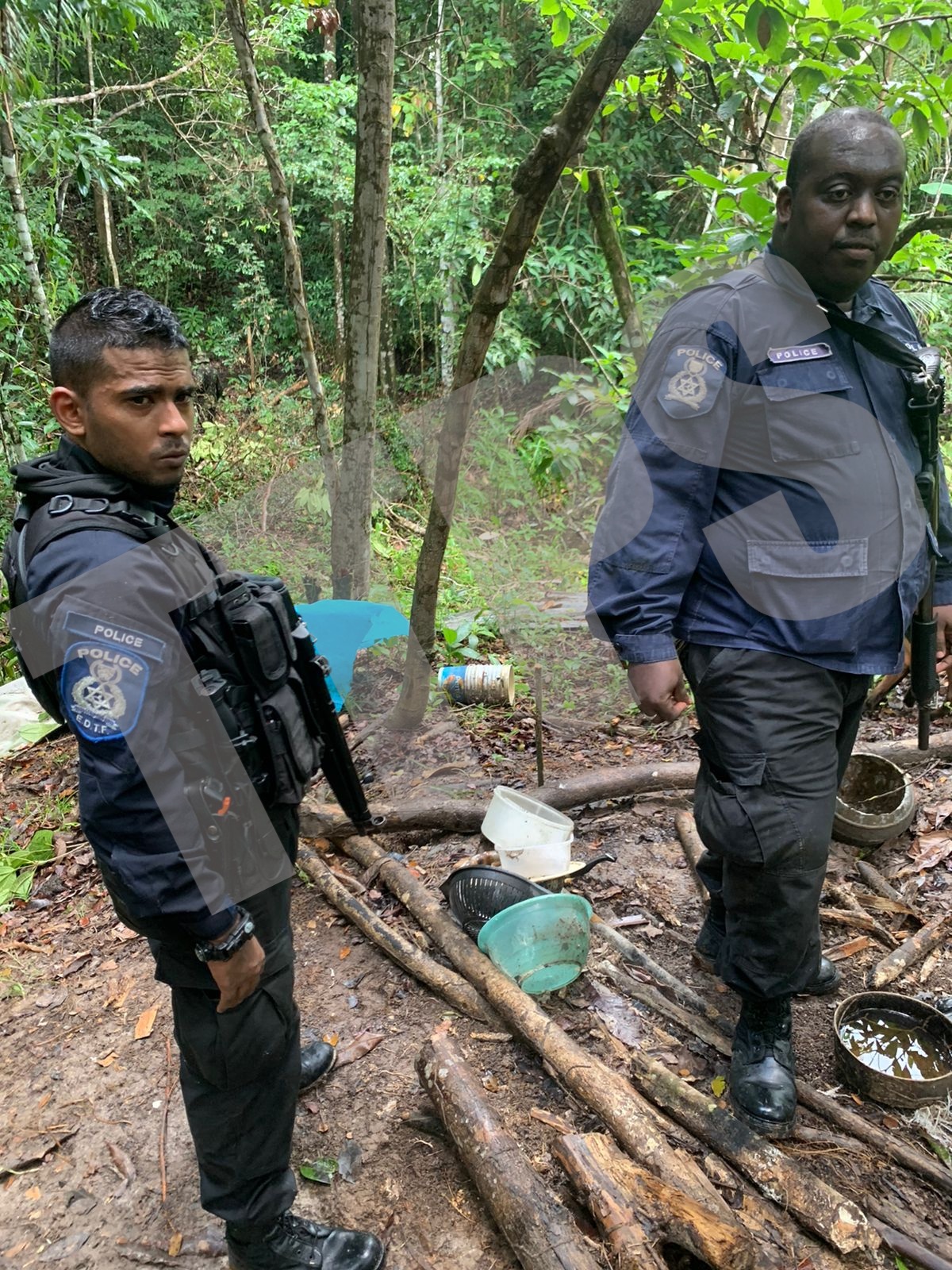 Police Officers destroyed approximately 1,000 cannabis seedlings at a camp in Salybia during an exercise which took place between 11:30 pm on Friday 13th August, 2021 and 10 am on Saturday 14th August, 2021.

Based on intelligence, searches were conducted in several areas west of Graham Trace, Salybia, during which the officers discovered the camp. The searches also involved the use of the drone. Both the camp and seedlings were destroyed. Investigations are continuing.

The exercise was coordinated by Snr Supt Joseph Chandool, supervised by Ag Sgt Khan and Ag Cpl Osouna. It also included officers of the Eastern Division Task Force (EDTF), the Canine Unit, and the Air Support Unit under the supervision of Ag Insp Rampallard.