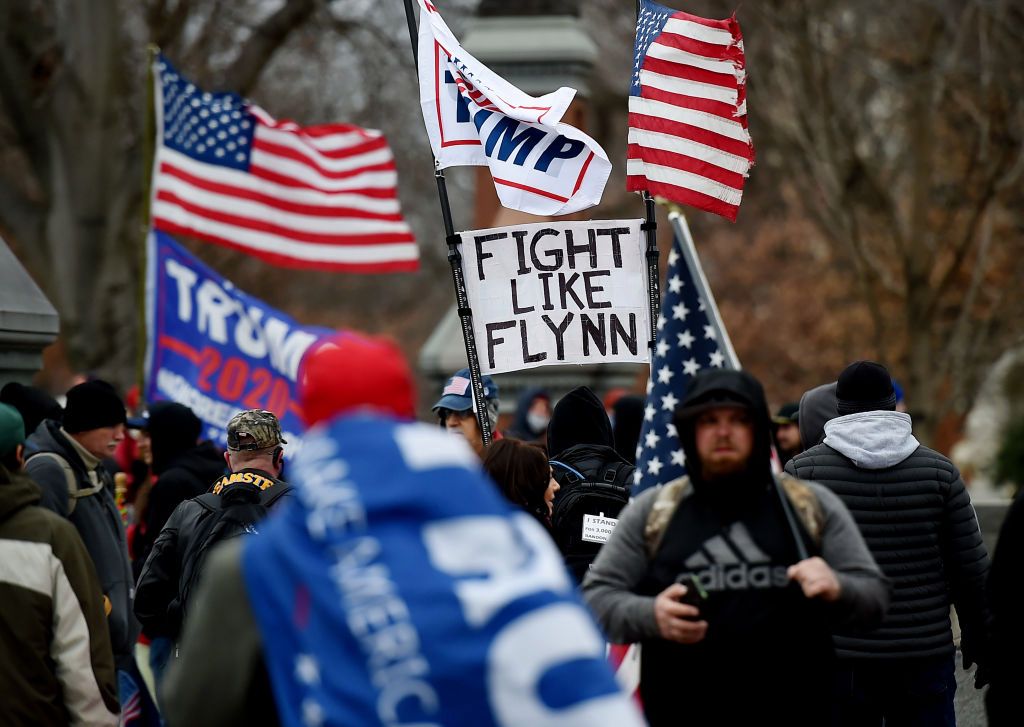 Donald Trump’s supporters on Wednesday stormed a session of Congress held to certify Joe Biden’s win, as a desperate last-minute bid by the president to overturn his election loss sparked chaos and accusations of a “coup” attempt.

Officials at the US Capitol declared a lockdown, and lawmakers said on Twitter that they were sheltering in place in their offices, as protesters (some of them holding Trump flags) were seen walking through the building.

US police in the chamber of the US House of Representatives drew their weapons as supporters of Donald Trump tried to break in, a congressman said.

“Chamber security and Capitol Police have their guns drawn as protesters bang on the front door of the chamber,” Representative Dan Kildee tweeted from inside the chamber.

“We have been instructed to lie down on the floor and put on our gas masks.”

There are reports that a women is in a critical condition with gunshot wounds, with graphic videos circulating online.

A journalist reported shots being fired.

US Representative Karen Bass was one of many declaring the incident a coup attempt.

Protesters are still roaming around the US Senate chamber.

A clip posted on Twitter by a Trump supporter depicted the moment protesters broke through police barricades:

House representative Michael McCaul posted a clip from inside the Capitol building, depicting the chaos caused by the protesters:

Capitol Police sent orders for Congressional staff to leave the Cannon building and other large offices after Trump called on his followers to protest the certification of Joe Biden’s election victory inside the legislature.

“Just evacuated my office in Cannon due to a nearby threat. Now we’re seeing protesters assaulting Capitol Police,” said Representative Nancy Mace in a tweet.

“This is wrong. This is not who we are. I’m heartbroken for our nation today,” she wrote.

Wondering how many long weekends there are in 2021 and how to plan those escapes? We’ve got you! 0