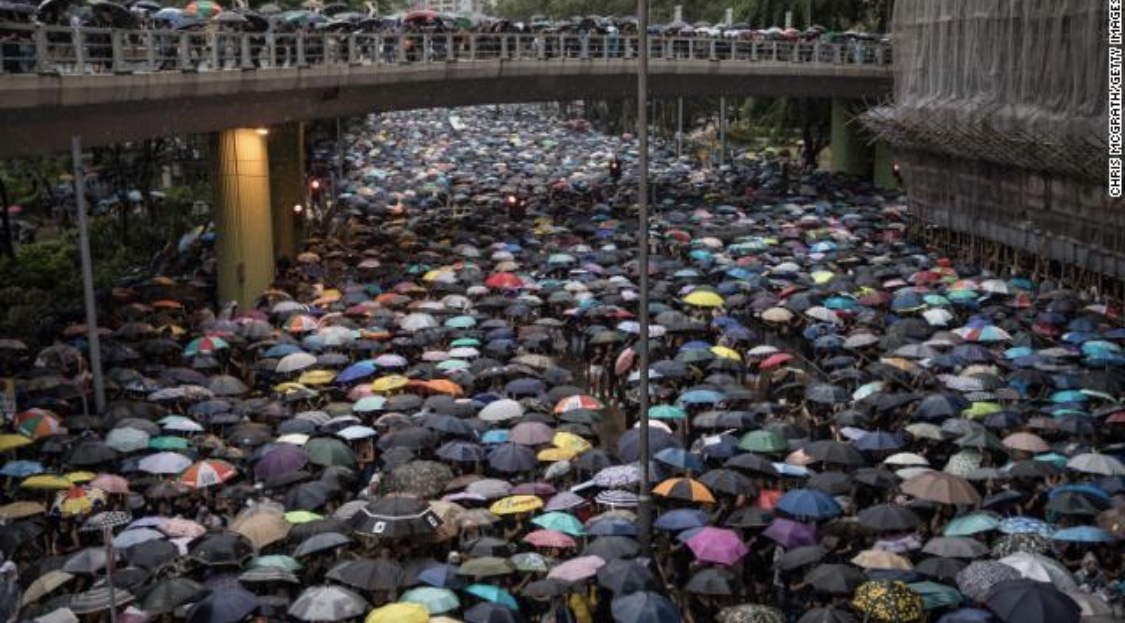 1.7 Million , that’s the number of people who have participated in protests and marches organized by the pro democracy organization ‘Civil Rights Front’.

Hundreds of thousands of peaceful demonstrators and protesters of all ages returned to the streets of Hong Kong in another massive show of unity for a movement that appeared at one point the verge collapse.

One hundred thousand umbrellas were symbolic of the show of solidarity against oppression in many forms. They braved torrential rain, a police ban and menacing threats from the Chinese government to come back out for the 11th consecutive weekend of mass demonstrations.