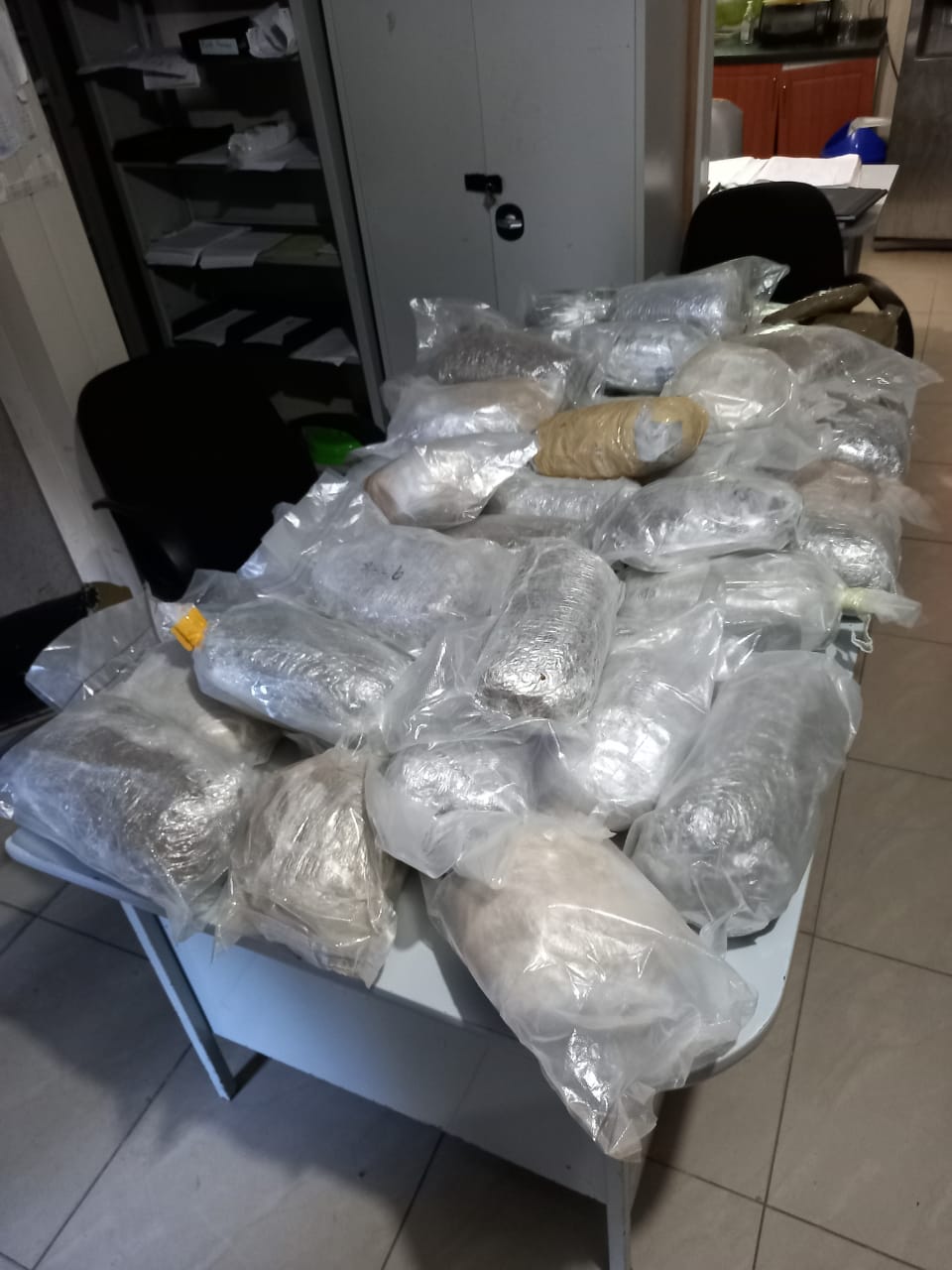 Central Division officers have seized 45.35 kilograms of marijuana with an estimated street value of 1.3 million dollars during an
anticrime exercise in the Chaguanas District on Saturday 5th December, 2020.

The exercise, according to a media release by the TTPS, was conducted under the supervision of Snr. Supt Simon, Supt Pierre, ASP Dilchand, Insp Raghoo and led by Sgt John and a party of officers attached to the Central Division Task Force, Area North.

Based on intelligence gathered by police officers, they went to Sumaria Trace Extension, Charlieville where they proceeded approximately one and a half miles into a roadway off the eastern side of the main road and conducted an extensive search in the bushes where they discovered three sealed green metal barrels each containing what appeared to be dried plant like material resembling marijuana in transparent wrapping.

The items were seized and further checks confirmed that they were forty eight sealed packets of marijuana weighing a total of 45.35 kilograms with an estimated street value of $1.3 million.

No one was arrested. PC Ali is continuing enquiries.

Actor James Franco admitted to having sex with students 0